Teilhard de Chardin Quote of the Week (September 30, 2013): Unity in Diversity and Love 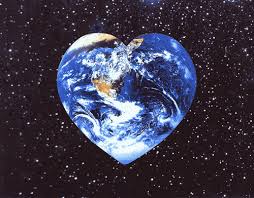 “Christianity is pre-eminently a faith in the progressive unification of the world in God; it is essentially universalist, organic and ‘monist’. There is obviously some special quality in this ‘pan-Christic’ monism. Since, from the Christian point of view, the universe is finally and permanently unified only through personal relations (that is, under the influence of love) the unification of beings in God cannot be conceived as being effected by fusion, with God being born from the welding together of the elements of the world, or on the contrary by absorbing them in himself. It must be effected by ‘differentiating’ synthesis, with the elements of the world becoming more themselves, the more they converge on God. For it is the specific effect of love to accentuate the individuality of the beings it associates more closely. Ultimately, God is not alone in the totalized Christian universe (in the pleroma, to use St Paul’s word); but he is all in all of us (‘en pasi panta theos’): unity in plurality.” (emphasis added)

I am a father of two with eclectic interests in theology, philosophy and sports. I chose the pseudonym William Ockham in honor of his contributions to philosophy, specifically Occam's Razor, and its contributions to modern scientific theory. My blog (www.teilhard.com) explores Ignatian Spirituality and the intersection of faith, science and reason through the life and writings of Pierre Teilhard de Chardin (pictured above).
View all posts by William Ockham →
This entry was posted in Teilhard Quote of the Week and tagged Catholic, Christianity, diversity, evolution, God, Ignatian, Jesuit, love, monism, teilhard de chardin, Unity, Universe. Bookmark the permalink.

2 Responses to Teilhard de Chardin Quote of the Week (September 30, 2013): Unity in Diversity and Love