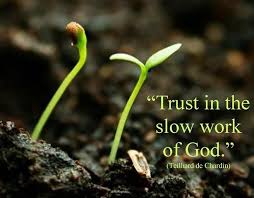 Teilhard de Chardin returned to Paris in Fall 1924 and resumed teaching at the Institute Catholique.  Teilhard continued to teach about evolution to educated Catholics.  By that time, not only was biological evolution strongly supported by the sciences, but Teilhard believed that this fact should lead to a deeper understanding of the Catholic faith. Unfortunately, his religious superiors in Rome did not agree with him.  Cardinal Merry del Val was Secretary of the Holy Office and was on the lookout for any “modernist” ideas, real or imagined (see note at end).*  The Jesuit Superior General of this period was Vladimir Ledochowski, a former Austrian military officer who openly sided with Cardinal del Val.

In November 1924, Teilhard received a letter from his Provincial Superior, Pere Costa de Beauregard, summoning him to Lyon.  Two years earlier, Teilhard had been asked by a Jesuit colleague who was also a professor of dogmatic theology, to write a paper on the doctrine of original sin.  Although we do not know what the paper contained, it mysteriously found its way to Rome.  Many believe it was stolen when Teilhard was in China.  Costa and Teilhard’s other religious Superiors met with Teilhard in May 1925. Teilhard was informed he could continue to teach at Institute Catholique for the upcoming academic year (October 1925 through Easter 1926), but thereafter he must leave Europe for China.  Further, Teilhard was asked to promise that he would neither say nor write anything “against the traditional position of the Church on the matter of original sin”.

Teilhard objected that the request was “too vague and too absolute”.  Teilhard felt in conscience bound due to his scientific and pastoral duties to reserve to himself the right to research among his professional colleagues (scientific duties)  and also the right to aide those who were themselves in intellectual trouble (pastoral duties).  There was some back and forth between Teilhard, supporters of Teilhard and the Roman authorities on the nature of the statement that Teilhard was being asked to sign.  Teilhard was finally requested to agree to six propositions (unfortunately we do not know what they were).  If Teilhard refused to sign, Ledochowski would almost certainly have dismissed him from the Jesuit Order and would risk further censure and perhaps excommunication by Rome. Teilhard decided that he could find ways of interpreting five of the propositions to his comfort, but one of the six caused him great difficulty.  Teilhard was faced with the biggest crisis of his career.

On one hand, Teilhard de Chardin knew that all of the scientific evidence supported biological evolution.  More importantly, Teilhard knew that the theological impact of incorporating this fact had the potential to significantly enhance Christian beliefs both intellectually and spiritually.  Further, Teilhard de Chardin never questioned the doctrine of original sin.  In one of his two seminal works, The Divine Milieu, Teilhard reaffirmed his belief in original sin no less than four times.  However, it appears that one of the six propositions Teilhard was being asked to sign would hinder the evolutionary theology that Teilhard wanted to develop.  Later theologians such as Cardinal Henri de Lubac and Pope Benedict XVI would take this this evolutionary theology first developed by Teilhard de Chardin and incorporate it into mainstream Catholic theology.  Cardinal Henri de Lubac stated:

“Allowing, it is true, for the inevitable imperfections of human nature, our ever-fruitful Mother the Catholic Church, to whom it would be putting it much too low to say that he was always and in all circumstances to remain unshakeably faithful, can herself recognize with joy that in Pierre Teilhard de Chardin she gave birth to the authentic witness to Jesus Christ whom our age so sorely needed.” — Cardinal Henri de Lubac, “The Religion of Teilhard de Chardin” (p. 238)

“And so we can now say that the goal of worship and the goal of creation as a whole are one and the same—divinization, a world of freedom and love. But this means that the historical makes its appearance in the cosmic. The cosmos is not a kind of closed building, a stationary container in which history may by chance take place. It is itself movement, from its one beginning to its one end. In a sense, creation is history. Against the background of the modern evolutionary world view, Teilhard de Chardin depicted the cosmos as a process of ascent, a series of unions. From very simple beginnings the path leads to ever greater and more complex unities, in which multiplicity is not abolished but merged into a growing synthesis, leading to the “Noosphere”, in which spirit and its understanding embrace the whole and are blended into a kind of living organism.  — Pope Benedict XVI, “The Spirit of the Liturgy” (Chapter 2).

Unfortunately, the Roman Authorities of the mid-1920s were not yet there, resulting in the crisis of obedience for Teilhard de Chardin.

The other factor that strongly weighed in Teilhard de Chardin’s decision was the he was Jesuit priest who had a deep love for both Christ and the Church.  In 1921, Teilhard stated:

“It would be impossible for me to seek loyally a way outside the Church. I’m like a man who sees a light shining through the mist . . . impossible to reach our Lord otherwise than by going forward through the mist — that is to say, than by belonging more and more closely to the Church.”  (Robert Speaight, “The Life of Teilhard de Chardin”, p. 116)

This statement was now being challenged in a profound way.  Teilhard de Chardin essentially and two choices:  either leave the Jesuits and the priesthood or sign the order.  Teilhard sought counsel from his old Jesuit colleagues, especially Auguste Valensin, who was teaching theology in Lyon.  In some of his letters to Valensin, Teilhard writes of the deep anguish he was feeling.  Ultimately, Valensin was a proponent of trying to find a way to keep Teilhard in the Jesuit Order while allowing Teilhard to remain faithful to his conscience: “After considerable deliberation, Valensin decided that the best course was to consider the physical action of signing the document as a gesture of fidelity rather than as a symbol of intellectual assent”.  Valensin argued that the correctness of Teilhard’s spirit was ultimately Heaven’s business. After a week’s retreat and reflection on the Ignatian Exercises, Teilhard signed the document in July 1925 and agreed to leave for China at the end of the academic year.  Teilhard explained his decision as follows:

“When I thought of the comfort I drew from the appreciation of all these minds [Valensin and his friends], which were really reliable and devoted to the Church, I realized what enormous damage and scandal would have been caused by any act of indiscipline on my part . . . nothing spiritual or divine can come to a Christian, or to one who has taken religious vows, except through the Church or his Order.”

During the academic year, Teilhard continued his classes at the Institute. Those students who recalled the classes remembered the dynamic quality with which the young professor delivered his penetrating analysis. According to Teilhard the human as tool-maker and user of fire represents a significant moment in the development of human consciousness or hominization of the species. It is in this period that Teilhard began to use the term of Edward Suess, “biosphere,” or earth-layer of living things, in his geological schema. Teilhard then expanded the concept to include the earth-layer of thinking beings which he called the “noosphere” from the Greek word nous meaning “mind.” These lectures were filled to capacity and this concept of the noosphere would eventually become a centerpiece of the Catholic understanding of the Liturgy and of humanity.

This phase of Teilhard de Chardin’s life would come to an abrupt end at the end of the semester.  On April 5, 1926, when he was about to turn forty-five years old, he was exiled from France and sent to China, where was to be based for the next twenty years.  Although he occasionally returned to France, it was always as a visitor.

“The tendency of Modernism is to diminish the trancendent stature of Christ: Teilhard’s concern was to enlarge it to cosmic proportions.  So far from inventing a Christ to fit his own ideas, Teilhard had already found him in St. Paul.  It was ‘He in whom all things consist’, ‘He who fills all things’, ‘the Christ who is all in all’, and ‘has ascended high above all the heavens to fill all things with his presence’.  it was the Christus pantocrator of Byzantium, and more particularly the Christ of the Sacred Heart, freed from its popular iconography. Where the Modernist tends to imprison Christ in history at the same time as he questions the historicity of the Gospels which gave him to us, Teilhard adores him when he is transfigured on the mountain, rises from the tomb or is lost in the clouds above the heads of the Apostles. Whatever certain neo-modernists may pretend to the contrary, the opposition could not be more clear.”