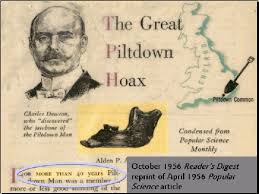 From Cairo, Pierre returned to England to complete his theological studies at Ore Place in Hastings. During the years 1908 to 1912 Teilhard lived the rigorously disciplined life of a Jesuit scholastic.  It was here that his scientific and theological ideas continued to develop. Two different but interrelated developments occurred during this period which significantly affected the future course of Teilhard’s life. These are the reading of Teilhard’s continued intellectual and theological formation at Ore Place, the anti-Modernist attack by Pope Pius X, and his discovery of a fossil tooth in the region of Hastings.

The intellectual climate in Europe and within the Catholic Church continued to be divisive.  In 1903 while Teilhard was in Egypt, Pius X succeeded Leo XIII as Pope. The curia under Pope Pius X had a different theological emphasis, retreating from the modern world (partly due to the hostility by many European governments) and attacking a diverse spectrum of ideas labelled “modernism” in the encyclical Pascendi Dominici Gregis (1907) and the decrees of Lamentabili (1907).  These underlying intellectual currents continued to last during Teilhard’s lifetime (and echos of them continue today).  Despite the fact that the modernism contained in the official writings of Pope Pius X was aimed primarily at the anti-Catholic atheistic philosophies and governments of Europe, the term “modernism” took on a much broader label that some theologians used as a club against their opponents without regard to the ideas of such persons.  Unfortunately, Teilhard would be a victim of these unfair charges both during his lifetime and after his death.

Robert Speaight accurately described the problems of modernism as defined by Pope Pius X and Teilhard’s pushback against Modernism:

“The tendency of Modernism is to diminish the trancendent stature of Christ: Teilhard’s concern was to enlarge it to cosmic proportions.  So far from inventing a Christ to fit his own ideas, Teilhard had already found him in St. Paul.  It was ‘He in whom all things consist’, ‘He who fills all things’, ‘the Christ who is all in all’, and ‘has ascended high above all the heavens to fill all things with his presence’.  it was the Christus pantocrator of Byzantium, and more particularly the Christ of the Sacred Heart, freed from its popular iconography. Where the Modernist tends to imprison Christ in history at the same time as he questions the historicity of the Gospels which gave him to us, Teilhard adores him when he is transfigured on the mountain, rises from the tomb or is lost in the clouds above the heads of the Apostles. Whatever certain neo-modernists may pretend to the contrary, the opposition could not be more clear.”

The core of these ideas took their shape at Ore Place as Teilhard continued his quest for the synthesis of a Big Christ, supported by the findings of science.  Teilhard understand the universe, created by God, in evolution and that this evolution had a cosmic and spiritual significance.  Quickly, the germs of a future synthesis of Matter, Life and Energy, all created by the triune God, had acquired the “organic dignity of a Cosmogenesis”.

Teilhard was ordained a priest on August 24, 1911 at the chapel at Ore Place.  He said his first Mass the next morning, the feast of St. Louis, served by two of his brothers, Gabriel and Joseph.  Two other brothers, Victor and Gonzague were also present.  Having his siblings present at his Ordination must have triggered feelings for his eldest sister Francoise, who had died prematurely of smallpox only two months earlier while in China.  This sister, who was the only other family member in religious life, had become a Little Sister of the Poor and worked among the impoverished of Shanghai. For Teilhard her death was particularly poignant because of the selfless dedication of her life.

From 1912 to 1914, Teilhard worked in the paleontology laboratory of the Musée National d’Histoire Naturelle, in Paris, studying the mammals of the middle Tertiary period. In June 1912 he formed part of the original digging team, with Arthur Smith Woodward and Charles Dawson, to perform follow-up investigations at the Piltdown site, after the discovery of the first fragments of the (fraudulent) “Piltdown Man”.  The Piltdown Man was one of the most famous paleoanthropological hoaxes ever to have been perpetrated.  Animal bone fragments were presented as the fossilized remains of a previously unknown early human.  The likely identity of the forger was Charles Dawson.  However, long after he died, Teilhard was suspected as a co-conspirator by Stephen Jay Gould.  Gould, while a famous paleontologist and writer, certainly had some questionable forgeries himself.  Teilhard was eventually exonerated, but it is ironic that accusations against a man of impeccable character (Teilhard) by a man with suspicious character (Gould) were ever taken seriously.

During this time, Teilhard has a more fruitful encounter with Professor Marcellin Boule, a specialist in Neanderthal studies.  Boule, as early as 1915, astutely recognised the non-hominid origins of the Piltdown finds and gradually guided Teilhard towards human paleontology.  It was an interesting pairing; Boule a short, stout and plebeian atheist and Teilhard a tall, thin and aristocratic Catholic priest but by all accounts got along well.  While there was a strong mutual respect for their scientific prowess, Teilhard later expressed frustration for Boule’s opposition to religious faith in his scientific work:

“What [Boule] defends with a justifiable energy (perhaps with more energy than has now become necessary) is that the human species appeared on Earth in obedience to the same fundamental laws as every other species.  hence its past and present structure.  What he did not unfortunately see as clearly (the fault is perhaps the fault of his generation) is that this similarity in ’embryogenesis’ does not prevent man — rather than contrary — from representing an exception in nature (an exception of eminence and emergence, and not of anomaly) without which the Tree of Life is meaningless, even from a scientific point of view” (emphasis added) (quoted in Robert Speaight, “The Life of Teilhard de Chardin“, p. 49

Apart from his geological excursions, Teilhard’s life was fairly routine.  After saying Mass at 6:00 a.m. and having breakfast with the Jesuits, he worked at the Museum until late afternoon.  During this period, he met new people such as Abbe Henri Breuil, who would have a lasting impact on his life and deepened friendships with previous acquaintances such as his cousin Marguerite.  The intellectually active and safe life of the Museum would soon give way to the bloody trenches of World War I.