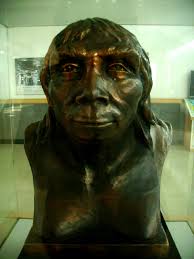 For the next eleven years Teilhard continued this self-imposed exile in China, returning to France only for five brief visits. These visits were to see his family and friends who distributed copies of his articles and to give occasional talks to those student clubs in Belgium and Paris who continued to provide a forum for his ideas. These years were also very rich in geological expeditions for Teilhard. In 1929, Teilhard traveled in Somaliland and Ethiopia before returning to China.

During this period, Teilhard de Chardin begin to write his initial essays which would later become the concept of the Noosphere as set forth in The Phenomenon of Man.

“The phenomenon of man represents at the very least a general transformation of the earth by the establishment on its surface of a new envelope – the thinking envelope. . . And what gives this metamorphosis its full grandeur is that it did not take place as a chance accident, but in the form of a crisis, prepared in essence from the beginning, by the very play of the general evolution of the world. (Clearly inspired by the Creator).” (quoted in Robert Speaight, “The Life of Teilhard de Chardin”, p. 153).

However, he was prohibited from exploring these ideas and he focused his energy on scientific pursuits.  In 1929, he was one of the leading scientists (along with Davidson Black and C.C. Young and Pei Wenchung) of the expedition at Chou-kou-tien. In October, winter was approaching earlier than usual and the digging team was preparing to suspend operations at the end of the month. However, various teeth and fragments of bone had been discovered and the team was granted permission to stay a bit longer. On December 2, the team discovered the smooth dome of a skull. Pei took the skull to Peking where Black and Teilhard de Chardin examined it. Black verified the hominoid nature of the skull and Teilhard de Chardin established the geological era in which the cave was inhabited. During the next ten years of excavation five almost complete skulls, three of them adult, and dozens of other complete jaws and isolated teeth fragments were discovered at the site. These fossils were later identified as Homo Erectus and remain one of the largest findings of Homo Erectus. The original fossils disappeared in 1941 during World War II, but excellent casts and descriptions remain.

In 1930, Teilhard de Chardin made a trip across America which inspired him to write The Spirit of the Earth. From May 1931 to February 1932 he traveled into Central Asia with the famous Yellow Expedition sponsored by the Citroen automobile company. He and his comrades were held prisoner for several months in Ouroumtsi, capital of Sinkiang. The following year the Sino-Japonese war broke out. In 1934, with George Barbour he traveled up the Yangtze River and into the mountainous regions of Szechuan.

A year later he joined the Yale-Cambridge expedition under Helmut de Terra in India and afterwards von Koenigswald’s expedition in Java. In 1937 he was awarded the Gregor Mendel medal at a Philadelphia Conference for his scientific accomplishments. That same year he went with the Harvard-Carnegie Expedition to Burma and then to Java with Helmut de Terra.

As a result of this extensive field work Teilhard became recognized as one of the foremost geologists of the earth’s terrain. This notoriety, in addition to his original theories on human evolution, made him a valuable presence for the French government in intellectual circles east and west.

His professional accomplishments are even more noteworthy when one recalls the profound tragedies that he experienced in the years between 1932 and 1936 when his father, mother, younger brother, Victor, and his beloved sister, Guiguite, all died during his absence.

The final years of exile in China, 1939 to 1946, roughly correspond to the years of World War II and the disintegration of central control in Chinese Republican politics. During this period, Teilhard and a fellow Jesuit and friend, Pierre Leroy, set up the Institute of Geobiology in Peking to protect the collection of Emile Licent and to provide a laboratory for their on-going classification and interpretation of fossils.

The most significant accomplishment of this period, however, was the completion of The Phenomenon of Man in May of 1940. An important contribution of this work is the creative manner in which it situates the emergence of the human as the unifying theme of the evolutionary process. The Phenomenon of Man in its presentation of the fourfold sequence of the evolutionary process (the galactic evolution, earth evolution, life evolution and consciousness evolution) establishes what might almost be considered a new literary genre.

2 Responses to Life of Teilhard de Chardin: Discovery of Peking Man and Travels (1928-1940)