Sunday Reflection, 32nd Sunday in Ordinary Time (November 10, 2013): God of the Living and the Dead

Posted on November 9, 2013 by William Ockham 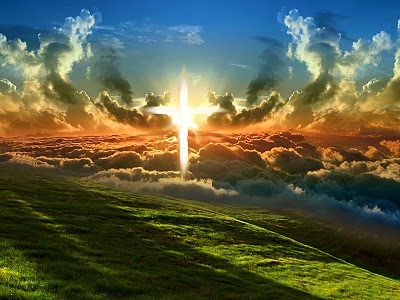 This weekend is the 32nd Sunday in Ordinary Time. The readings can be found here. We are approaching the end of the liturgical year and the theme is on the afterlife. One of the hallmark beliefs that separates Christianity from the first century Judaism that it came from is the certain belief in the afterlife which resulted from the Resurrection. First century Jews had differing beliefs on the afterlife, ranging from the Sadducees in today’s Gospel who did not believe in the afterlife to the Pharisees who did.

Today’s reflection comes from Jessie Rogers, a biblical scholar originally from South Africa who currently lives in Ireland. I encourage you to read Jessie’s entire reflection here but set forth below is an extended summary:

“We are an Easter people. As we conclude when we recite the Nicene Creed: “I look for the resurrection of the dead, and the life of the world to come.” That may sound to some like ‘pie-in-the-sky’ escapism. It certainly can be that if it insulates us against engaging fully with life now, or makes us careless and indifferent to issues of social justice and quality of life for all God’s creatures. What difference should belief in the resurrection make to how we live life now?

Much of the Old Testament has no firm conception of an afterlife. The belief in the resurrection of the righteous sufferer emerged during a time of extreme crisis and persecution under the tyrant Antiochus IV Epiphanes (ca 167 BC) which is reflected in our first reading. When strong faith in a just, powerful and compassionate God comes face to face with torture and death for obedience to that faith, a general hope of national deliverance is not enough. The faith that survives such an onslaught looks with expectation beyond the catastrophe to God’s just intervention beyond the grave. Courage to face such extreme opposition demands extreme hope.

But a resurrection faith is not only called for in the face of death. Our lives are strewn with crises and endings, little deaths which may be transformed by little resurrections. Both St Paul and the Christians to whom he wrote were facing difficult times. As Paul prays for the Christian community and asks them in turn to pray for him, the prayers can be offered with confidence. The resurrection of Jesus, God’s stamp of approval on his faithful life and the guarantee that death is not the end for those who follow him, is the basis for the encouragement and good hope which enable them to endure.

The Jews in Jesus’ day held various views on the afterlife (or lack of it); it was a subject that was still up for debate. The Sadducees, a Jewish sect drawn from the upper classes, did not believe in the resurrection. Their question to Jesus makes clear how irrelevant the whole notion was to their way of making meaning in their lives. How different their situation was from that of the martyrs! Their lives were probably comfortable enough so they weren’t looking hopefully for God’s intervention in the future. Resurrection was just an abstract notion for them, a concept which, read literally in conjunction with certain Mosaic laws about marriage, could produce interesting theological conundrums. The law they quote to Jesus has its roots in the old Israelite view of the afterlife. Because there was no clear belief in an existence beyond the grave, one lived on in one’s children. A person who died without an heir to carry on their name would sink into oblivion, hence the law that provided for an heir through the brother of the deceased man. They were probably quite taken with their own ingenuity in pitting one understanding of ‘afterlife’ against another to produce a ridiculous hypothetical situation. Jesus claims that their question is based upon a wrong understanding of resurrection as simply a continuation of life as it is now. But then he returns to Moses’ words to make a case for the resurrection. I love the concluding words of Jesus: “God is not God of the dead, but of the living, for to God all are alive.” When we remember those who have died we can take comfort from the fact that to God, the ground of all being, those whom we experience as absent are in fact alive. God will not allow even death to break the relationship of love with God’s own.

Resurrection faith is not ‘pie-in-the-sky’ after all. It is a powerful symbol of openness to the future even in the darkest circumstances. It is trust in the justice and love of God which triumphs over the worst catastrophe.”

I am a father of two with eclectic interests in theology, philosophy and sports. I chose the pseudonym William Ockham in honor of his contributions to philosophy, specifically Occam's Razor, and its contributions to modern scientific theory. My blog (www.teilhard.com) explores Ignatian Spirituality and the intersection of faith, science and reason through the life and writings of Pierre Teilhard de Chardin (pictured above).
View all posts by William Ockham →
This entry was posted in Sunday Reflections and tagged 32nd Sunday in Ordinary Time, afterlife, Catholic, Christian, death, Easter, Jessie Rogers, Jesus, Judaism, Pharisees, resurrection, Sadducees, Sunday Readings, Sunday Reflection. Bookmark the permalink.

3 Responses to Sunday Reflection, 32nd Sunday in Ordinary Time (November 10, 2013): God of the Living and the Dead