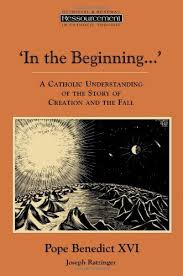 Earlier this week, I was having a discussion with a good-hearted atheist friend who argued that the existence of evil and the explanatory power of evolutionary biology combined to create a strong argument against the existence of God and in favor of a materialistic version of reality.  Perhaps coincidentally, last night as part of my Advent reflections I came across a 2008 homily by Pope Benedict XVI on Original Sin and the hope of Advent. This homily by Pope Benedict is a brilliant summary of the hopefulness of evolutionary Christian theology as articulated by St. Paul and Teilhard de Chardin in contrast to secular atheism. The same Christ who became incarnate in Jesus of Nazareth continues to draw the Universe towards himself as the Omega Point light that extinguishes the darkness of evil.  I encourage you to read the full homily here but set forth below is an extended summary:

“[A]s people of today we must ask ourselves: what is this original sin? What does St Paul teach, what does the Church teach? Is this doctrine still sustainable today? Many think that in light of the history of evolution, there is no longer room for the doctrine of a first sin that then would have permeated the whole of human history. And, as a result, the matter of Redemption and of the Redeemer would also lose its foundation. Therefore, does original sin exist or not? In order to respond, we must distinguish between two aspects of the doctrine on original sin. There exists an empirical aspect, that is, a reality that is concrete, visible, I would say tangible to all. And an aspect of mystery concerning the ontological foundation of this event. The empirical fact is that a contradiction exists in our being. On the one hand every person knows that he must do good and intimately wants to do it. Yet at the same time he also feels the other impulse to do the contrary, to follow the path of selfishness and violence, to do only what pleases him, while also knowing that in this way he is acting against the good, against God and against his neighbour. In his Letter to the Romans St Paul expressed this contradiction in our being in this way: “I can will what is right, but I cannot do it. For I do not do the good I want, but I do the evil I do not want” (7: 18-19). This inner contradiction of our being is not a theory. Each one of us experiences it every day. And above all we always see around us the prevalence of this second will. It is enough to think of the daily news of injustice, violence, falsehood and lust. We see it every day. It is a fact.

The question is: how can this evil be explained? In the history of thought, Christian faith aside, there exists a key explanation of this duality, with different variations. This model says: being in itself is contradictory, it bears within it both good and evil. In antiquity, this idea implied the opinion that two equally primal principles existed: a good principle and a bad principle. This duality would be insuperable; the two principles are at the same level, so this contradiction from the being’s origin would always exist. The contradiction of our being would therefore only reflect the contrary nature of the two divine principles, so to speak. In the evolutionist, atheist version of the world the same vision returns in a new form. Although in this conception the vision of being is monist, it supposes that being as such bears within itself both evil and good from the outset. Being itself is not simply good, but open to good and to evil. Evil is equally primal with the good. And human history would develop only the model already present in all of the previous evolution. What Christians call original sin would in reality be merely the mixed nature of being, a mixture of good and evil which, according to atheist thought, belong to the same fabric of being. This is a fundamentally desperate view: if this is the case, evil is invincible. In the end all that counts is one’s own interest. All progress would necessarily be paid for with a torrent of evil and those who wanted to serve progress would have to agree to pay this price. Politics is fundamentally structured on these premises and we see the effects of this. In the end, this modern way of thinking can create only sadness and cynicism.

As an explanation, in contrast with the dualism and monism that we have briefly considered and found distressing, faith tells us: there exist two mysteries, one of light and one of night, that is, however, enveloped by the mysteries of light. The first mystery of light is this: faith tells us that there are not two principles, one good and one evil, but there is only one single principle, God the Creator, and this principle is good, only good, without a shadow of evil. And therefore, being too is not a mixture of good and evil; being as such is good and therefore it is good to be, it is good to live. This is the good news of the faith: only one good source exists, the Creator. Therefore living is a good, it is a good thing to be a man or a woman life is good. Then follows a mystery of darkness, or night. Evil does not come from the source of being itself, it is not equally primal. Evil comes from a freedom created, from a freedom abused.

How was it possible, how did it happen? This remains obscure. Evil is not logical. Only God and good are logical, are light. Evil remains mysterious. It is presented as such in great images, as it is in chapter 3 of Genesis, with that scene of the two trees, of the serpent, of sinful man: a great image that makes us guess but cannot explain what is itself illogical. We may guess, not explain; nor may we recount it as one fact beside another, because it is a deeper reality. It remains a mystery of darkness, of night. But a mystery of light is immediately added. Evil comes from a subordinate source. God with his light is stronger. And therefore evil can be overcome. Thus the creature, man, can be healed. The dualist visions, including the monism of evolutionism, cannot say that man is curable; but if evil comes only from a subordinate source, it remains true that man is healable. And the Book of Wisdom says: “he made the nations of the world curable” (1: 14 Vulgate). And finally, the last point: man is not only healable, but is healed de facto. God introduced healing. He entered into history in person. He set a source of pure good against the permanent source of evil. The Crucified and Risen Christ, the new Adam, counters the murky river of evil with a river of light. And this river is present in history: we see the Saints, the great Saints but also the humble saints, the simple faithful. We see that the stream of light which flows from Christ is present, is strong.”