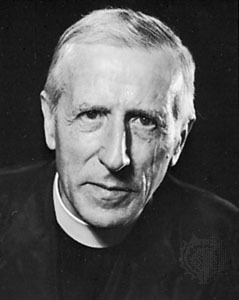 I have remained silent at the most recent public remarks by Cardinal Gerhard Müller and the Leadership Conference of Women Religious (LCWR), mostly because the conflict saddens me and I feel like a child caught in the middle of a dispute between Mom and Dad. However, I also recognize that both “sides” have legitimate issues that need to be addressed and that some degree of healthy tension is good for the growth of any large, diverse organization (and the Catholic Church certain fits that category)  as long as the discussion remains respectful.  Despite the gross exaggeration of the conflict by the media, both Archbishop Peter Sartain and the head of the LCWR confirmed that the discussion remains productive and respectful.  As the LCWR said:

“[B]oth Archbishop J. Peter Sartain, archbishop delegate overseeing the implementation of the CDF mandate, and the LCWR presidency affirmed the accuracy of the Cardinal’s remarks and commented on the positive conversation that followed. For LCWR, this conversation was constructive in its frankness and lack of ambiguity. It was not an easy discussion, but its openness and spirit of inquiry created a space for authentic dialogue and discernment.

In our first visit on April 27 to the Pontifical Council for Social Communications, Monsignor Paul Tigue, Secretary, shared that Pope Francis insists upon creating, as part of the New Evangelization, a culture of encounter, marked by dialogue and discernment. We experienced this culture of encounter in every Vatican office we visited in the Curia, an encounter marked by genuine interaction and mutual respect.

This is a very complex matter, yet LCWR was heartened by the attempt of both CDF and LCWR to find a way through that honors the integrity and mission of both offices . . . At our meeting with the CDF officials, we experienced a movement toward honest and authentic conversation on some of the matters that lie at the heart of our faith and our vocation. We have come to believe that the continuation of such conversation may be one of the most critical endeavors we, as leaders, can pursue for the sake of the world, the Church, and religious life. “

Yes, both “sides” do some really ill-advised things that make me scratch my head in bewilderment (e.g. the LCWR inviting Barbara Marx Hubbard to a conference or Cardinal Müller taking another unjustified swipe at Elizabeth Johnson, who is a first-rate Catholic scholar who has handled herself with class and dignity in the spirit of Teilhard de Chardin with the support of prominent Catholic priests and theologians). However, despite the portrayal in the media all parties seem to be respectful, open and engaged in finding a productive resolution. Hence, I have been silent on the issue.

However, a recent column by David Gibson of Religion News Service  forces me to bring the silence as it not only mentions Teilhard de Chardin, but it rightfully implies that Teilhard is a potential bridge between the CDF and the LCWR.  While there are some inaccuracies in the article and overly-sensational in its headline, it is a worthwhile read and David Gibson is one of the best in the business. The entire article can be found here but below is an extended excerpt:

“Yet if few remember who Teilhard was, his views on faith and science continued to resonate, and today, remarkably, he’s actually enjoying something of a renaissance.

Pope Emeritus Benedict XVI, for example, who as a young theologian named Joseph Ratzinger criticized Teilhard’s views [Editor’s note: this statement is inaccurate; Joseph Ratzinger has been praising Teilhard de Chardin since the 1960s], a few years ago praised Teilhard’s “great vision” of the cosmos as a “living host.” That raised a few eyebrows and prompted Benedict’s spokesman to clarify that “by now, no one would dream of saying that (Teilhard) is a heterodox author who shouldn’t be studied.”

Benedict’s successor, Pope Francis, has also invoked Teilhard-sounding concepts about the ongoing development of human consciousness, and Vatican observers say it would not be surprising if Teilhard made an appearance in an encyclical on the environment that Francis is currently writing.

Teilhard “is definitely being quoted or invoked in ways we haven’t seen in decades, and really never before by the Roman magisterium,” said the Rev. Paul Crowley, a Jesuit at Santa Clara University who has studied Teilhard.

Crowley said one reason for the reconsideration is that reality caught up with Teilhard’s ideas: The growing global ecological crisis is prompting demands for the kind of holistic scientific and moral response Teilhard would have endorsed, and the Internet is itself a digital “noosphere” of universal interconnectivity.

There’s even a major documentary on Teilhard in the works, with a blurb from NPR’s Cokie Roberts: “Bringing Teilhard de Chardin alive to another generation could not come at a more opportune time.”

So how is it that the American nuns are getting tripped up by Teilhard just as Teilhard is becoming cool again?

The problem is, as Crowley put it, that for every serious Teilhard scholar “there are nine New Age types who invoke Teilhard’s name” — and often botch the pronunciation.

Granted, Teilhard remains his own worst enemy. He was as much mystic as scientist, and his concepts could be so idiosyncratic and esoteric that they fed right into the ecology-and-spirituality movement that blossomed in the 1970s and beyond. Teilhard tends to be quoted by the left the way G.K. Chesterton is cited by the right — frequently and to great effect, but often torn from any meaningful context.

To be sure, Teilhard’s disciples, including author and lecturer Barbara Marx Hubbard, whose invitation to address the American nuns in 2012 continues to irk some in Rome, helped keep his legacy alive.

But at this point the Catholic Church may need to take Teilhard more seriously if it is to take him back from his fan base outside traditional religion.

Teilhard “needs substantive theological attention,” Crowley said. “What we need to do is to separate the gold from the dross and appropriate it in new ways.” (emphasis added)

You can read the full article here but it is consistent with my contention that the Catholic Church needs to incorporate Teilhard de Chardin’s vision of combining traditional Catholic thought with the insights of modern science more than ever.  Fortunately, we have scholars such as Fr. Brendan Purcell, John Haught, Sr. Ilia Delio, Sr. Kathleen Duffy, Louis Savary, Ursula King and David Grumett who are doing just that. Their voices need to be heard by a wider audience.