Bad Science and The Flawed Myth of Materialism 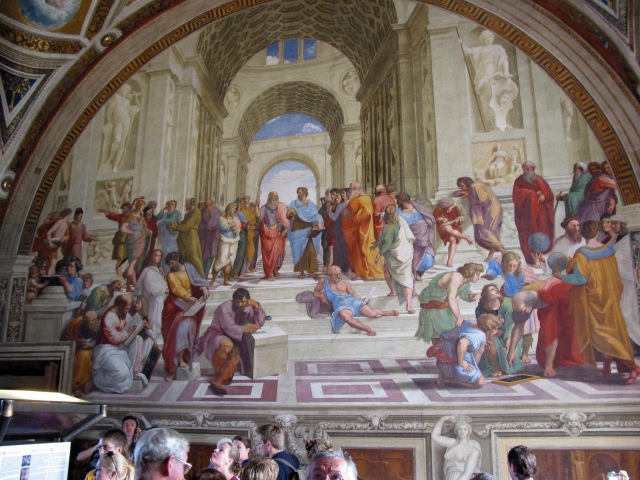 As readers of this blog know, I believe that a synthesis of sound science and ancient spiritual traditions (combined with a healthy dose of humility) is necessary to avoid the dangers of fundamentalism, whether it be religious fundamentalism or scientific fundamentalism.  One of the reasons I am a Catholic is because the Church has long supported science and the integration of faith and reason.

Dave Pruett had an excellent article in the Huffington Post this week what happens when this relationship between science and religion is severed.   The result is contemporary Western civilization with its reduction of human beings to GDP units, consumerism and ecological damage.  I encourage you to read the entire article (which references Teilhard de Chardin and Thomas Berry) but set forth below is an excerpt:

[I]n The Power of Myth (1988), the late Joseph Campbell explored the vital ways in which mythology — the overarching story of our relationship to the creator, to one another, and to the earth — anchors the human soul to the cosmos. Without that anchor, or with an inadequate one, we lose our moorings. Which brings us to the present: “We are in trouble just now because we do not have a good story,” wrote the eco-theologian Thomas Berry. “We are between stories.”

Berry refers to humanity’s modern dilemma which, particularly acute for Americans, lies at the root of the culture wars. From time immemorial we humans have derived our meaning largely from religion’s claims of our divine origins and exalted status. But the modern age is an age of science, and the scientific story has largely discounted the religious one. It is like having two parents, one who underscores our uniqueness and the other our commonness. Which are we to believe?

“Pierre Teilhard de Chardin (1881-1955), the French paleontologist-priest who first awakened us to cosmogenesis: the story of the universe as dynamic, unfolding, participatory, and spiritual. Teilhard also coined the term Noosphere — a generalization of “biosphere” — as the realm of collective consciousness encompassing the earth and her inhabitants.

Quantum physicist and Nobel laureate Wolfgang Pauli believed the quest to synthesize “rational understanding and … mystical experience … to be the mythos, spoken or unspoken, of our present age.” Why? Scratch the surface and one finds flawed mythology at the root of so many present ills: environmental crises, dysfunctional politics, and an economy that preys upon people rather than serving them, to mention just three. In each case, the myopia of parochial worldviews stymies creative problem solving and jeopardizes the future. America, in particular, is headed over a waterfall, but we don’t see it because of our myopia. And we are dragging much of the world along with us.

Consider the addict whose addiction is destroying not only his own life but the lives of all those engulfed in his personal chaos. The first step in kicking addiction is ending denial. Culturally, this requires that we unmask our dominant mythology and see it for what it truly is. I call the operative American myth — an unhealthy conflation of capitalism and Christianity — “Consuming our way into Heaven. (emphasis added).”

Quantum Physics, Relationality and the Triune God
Why Bad Science is Like Bad Religion
Christians Must Confront Scientific Illiteracy
The Fallacy of Scientism
Are Christians Encouraging Mockery of Their Beliefs?
Famous Christian Scientists
Thomas Berry

I am a father of two with eclectic interests in theology, philosophy and sports. I chose the pseudonym William Ockham in honor of his contributions to philosophy, specifically Occam's Razor, and its contributions to modern scientific theory. My blog (www.teilhard.com) explores Ignatian Spirituality and the intersection of faith, science and reason through the life and writings of Pierre Teilhard de Chardin (pictured above).
View all posts by William Ockham →
This entry was posted in Reason and Faith and tagged Catholic, Christian, consumerism, ecology, environment, evolution, faith, faith and reason, Faith and Science, Noosphere, Omega Point, Pierre Teilhard de Chardin, reason and faith, scientism, teilhard, teilhard de chardin, Thomas Berry. Bookmark the permalink.

18 Responses to Bad Science and The Flawed Myth of Materialism