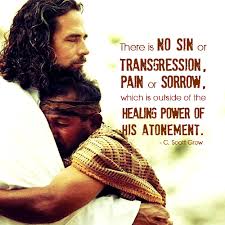 Just as in living bodies a cell, at first similar to the other cells, can gradually come to be preponderant in the organism, so the particular humanity of Christ was able (at least at the Resurrection) to take on, to acquire, a universal morphological function. Unlike what we found in the case of the first Adam, the universality of action possessed by a personal Christ is both understandable and eminently satisfying in se.

I am a father of two with eclectic interests in theology, philosophy and sports. I chose the pseudonym William Ockham in honor of his contributions to philosophy, specifically Occam's Razor, and its contributions to modern scientific theory. My blog (www.teilhard.com) explores Ignatian Spirituality and the intersection of faith, science and reason through the life and writings of Pierre Teilhard de Chardin (pictured above).
View all posts by William Ockham →
This entry was posted in Teilhard Quote of the Week and tagged atonement, Catholic, Christian, healing, justice, love, pain, peace, Pierre Teilhard de Chardin, reconciliation, resurrection, St. Paul, teilhard, teilhard de chardin. Bookmark the permalink.