Sunday Reflection, 17th Sunday in Ordinary Time (July 27, 2014): The Kingdom of God as a Priceless Treasure 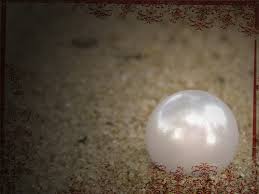 “Is the Kingdom of God a big family? Yes, in a sense it is. But another sense it is a prodigious biological operation- that of the Redeeming Incarnation.” – Pierre Teilhard de Chardin (courtesy of Fr. Don Jose Nyamunga)

Today’s reflection comes from Fr. Don Jose Nyamunga, author of the wonderful blog “Understand Your Faith“.  You can read the entire reflection here but set forth below is an extended excerpt:

“Built into the word ‘treasure’ is the notion of something hidden – but also waiting to be found. I guess this is why the word treasure is so alluring; it’s an invitation to adventure, to seeking. Some would say the adventure itself is a kind of treasure; we learn so much from the journey. Most treasure just makes us richer; it only ‘incrementally’ changes our lives. The treasure Jesus is speaking of changes everything; it is the greatest treasure in existence.

The man of the gospel finds the treasure (I wonder if he was looking for it?), and he hides it again. It seems the treasure belongs in the field and he can only own the treasure if he owns the field.

The man goes off happy. Look at the smile on his face and the bounce in his step! But where is he going? He’s going off to sell everything he owns so he can buy the field. Can you believe it? Everything he owns!

There is another man in another gospel who is offered the treasure by Jesus himself. He too has to sell everything he owns but he doesn’t, he can’t. He goes away sad because ‘he was a man of great wealth’ (Mk 10).

Perhaps the difference was that the first man discovered the treasure for himself and had a personal experience of its beauty and worth, while the other was offered a treasure he couldn’t yet see and therefore didn’t understand. We can only hope that one day he would have the experience. At any rate, it seems there is something about the treasure which judges a man; something which discovers the true orientation and ‘attachments’ of his heart.

One of our most beloved possessions, I think, is the control we exercise the direction of our lives, in other words, our plans for ourselves. We all have them. They are the pathways to the treasure we imagine we want. Our plans lead to the place where we think our happiness is to be found, and all too often our treasure, and the happiness we imagine it will bring, has little to do with God’s plans.

The man in the gospel glimpsed the treasure and hurried off eagerly to set himself free from all that had now suddenly become worthless to him. It would be a wonderful thing if such a sea-change could be definitively made in a person’s life with no second thoughts or clumsy stumbles. Unfortunately, the temptation to take back what we have given is always present; we are so attached to the earthly.

But then we are dealing with a God who understands all that, and who works with us so that our goal of total possession of both field and treasure may one day be realised.

Patiently, every now and then, at a time of his choosing he takes from us one or other little trinket, some little plan we had been hiding from him and clinging to. Each time he does so he gives us another opportunity to renew our commitment to both the journey and the goal.”

1 Response to Sunday Reflection, 17th Sunday in Ordinary Time (July 27, 2014): The Kingdom of God as a Priceless Treasure