Posted on September 6, 2013 by William Ockham 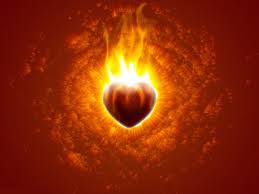 Pierre Teilhard de Chardin was a Jesuit priest and paleontologist who lived during the first half of the 20th century. He was deeply committed to both his vocation as a priest and his work as a scientist. As such, he attempted to develop a comprehensive worldview that combined traditional Christian teaching with new scientific discoveries in cosmology and biological evolution. Although much of Teilhard’s theological work was censored during his lifetime, eventually his core concepts became incorporated as part of mainstream Catholic theology.

Teilhard de Chardin had two primary contributions to Christian thought. First, is his description of the universe being created by God with the energy of the Big Bang and increasingly complexity orchestrated by God, from simple life, to complex life, to human consciousness and ultimately to the Omega Point, or Christ.  Teilhard’s second primary contribution is his concept of the Noosphere, which describes the global human consciousness and relationship between the material world and the Body of Christ.  Pope Benedict XVI described the Noosphere as a central component of the Catholic Liturgy.

“Teilhard recalls an evening when he had spoken of his vision of Christ, of how the universe had come to assume for him the lineaments of the divine figure. Pausing one day before the image of the Sacred Heart, he had wondered how an artist could represent the humanity of Jesus without giving it a beauty too individual and exclusive. Gradually the contours of the picture – the folds of the robe, the radiance of the head – dissolved without quite disappearing, so that on the surface of separation between Christ and the world the limits of either were indistinguishable. The vibration extended to the limits of the universe itself, but when the objects included in it were examined one by one they still preserved their individual character. They were transformed, but they were not lot lost; leading the gaze of the beholder back to the source of their illumination which was the faced of Christ himself.”

— “The Life of Teilhard de Chardin” by Robert Speaight, p. 79

As Teilhard de Chardin later developed his theological vision, the Sacred Heart continued to be a focal point for him.  As Robert Speaight said:

“What conquered [Teilhard] and held him captive – the mainspring of his very personal apostolate – was the resurrected Christ visible in the world of appearances, and manifesting a power which the Resurrection had certified. In the same way, what attracted him to the Sacred Hearth was its symbolic power and its superhuman appeal – the discovery ‘in you of an element even more determinate, more circumscribed, than your humanity as a whole’. The Sacred Heart . . . was for Teilhard a means of devotional escape from whatever was ‘too narrow, too precise, and too limited’ in the traditional image of Christ.”

I am a father of two with eclectic interests in theology, philosophy and sports. I chose the pseudonym William Ockham in honor of his contributions to philosophy, specifically Occam's Razor, and its contributions to modern scientific theory. My blog (www.teilhard.com) explores Ignatian Spirituality and the intersection of faith, science and reason through the life and writings of Pierre Teilhard de Chardin (pictured above).
View all posts by William Ockham →
This entry was posted in Uncategorized and tagged Catholic, Christ, Christian, cosmology, Eucharist, evolution, faith, France, Jesus, Noosphere, Omega Point, Pope Benedict, Robert Speaight, sacred heart, science, teilhard de chardin, Universe. Bookmark the permalink.

4 Responses to Teilhard de Chardin and the Sacred Heart