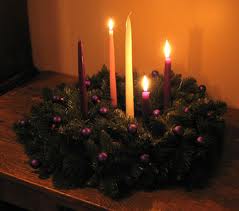 This Sunday is the Third Sunday of Advent, or Gaudete Sunday (Rejoice!).  The readings can be found here. We continue the Advent theme of hopeful anticipation.  Today’s reflection, courtesy of Rev. Eric K. Hinds of St. Matthew’s Episcopal Church in California, focuses on the patience and hope of Teilhard de Chardin as an example of Christian faith. You can find the full reflection here but set forth below is an extended summary:

“We all wait. It is a common experience, and yet there are differences in waiting. There is a difference between expectant, on the edge of your seat, waiting; and the waiting of futility, tedium and despair.

In the year 1922, Teilhard de Chardin, a Jesuit priest at age 40, anxiously waited to defend his thesis in the field of paleontology, before a team of established scientists. Since boyhood Teilhard de Chardin had a passion for both science and religion. He was raised in a wealthy French family with a distinguished lineage, and received an excellent education–sharing an interest in science with his father, and encouraged to embrace a life of faith by his mother.

At age 16, Pierre Teilhard de Chardin, knew that he wanted to become a Jesuit priest. His studies and teaching took him to Cairo and eventually to Hastings, England. It was in Hastings that Teilhard began to read a book titled Creative Evolution, written by the French Philosopher, Henri Bergson. It was a book that the Vatican soon placed on its list of Forbidden books, yet it was a book that inspired Teilhard to learn more about the theory of evolution–and in his new work and study in this field he discovered a scientific justification for the unity that he felt he shared as a human being with the entire world of living creatures.

[W]hile Teilhard waited to defend his thesis, some of the gathered scientists pondered–because he was such a visibly religious man–whether a man of faith could be open-minded and objective about matters of science. The questions that he faced were at times pointed, yet at the end of his examination Teilhard was commended by the head of the jury for his “clarity of spirit and professional gifts” and his degree was awarded “with highest honors.”

If we were to apply some of Tielhard’s insights to the season of Advent we might have a deeper appreciation for the amount of time that God waited simply for the emergence of life on the planet earth–let alone the emergence of humankind. In the Hebrew scripture, it is the prophet Isaiah who has a vision of hope and a vision for the distant future: “where the desert shall rejoice and blossom…The lame shall leap like a deer…And the tongue of the speechless sing for joy.” But even Isaiah’s far off vision pales by comparison to the eons of time needed for life on the planet to evolve–let alone for humans to have the capacity to reason and contemplate the coming of a savior. Teilhard de Chardin was fascinated by the complexity of life, believed deeply in God, and was never afraid that his faith would unravel, simply because he asked tough questions, or had to rethink something that he once was taught or believed. In fact, embraced the notion that one’s faith actually grows and matures as a result of vigorous testing and examination.

I would argue that the whole point of good teaching, of bible study, of reflecting upon one’s faith is to some extent challenge what we believe—to incorporate new knowledge and differing perspectives—so that a new synthesis can be born. It’s exciting when we gain a fresh insight and learn something new about our faith. This type of waiting, of waiting for something new to be born has an active component. It is more like the pressing and urgent message of John the Baptist. An Advent that is striving towards a new beginning with the full creative force of God who is the creator of the cosmos behind it.

During this season of Advent, as we anticipate the birth of a messiah, a savior–we might ask our selves “what new things is God preparing for birth in our very midst?” “Where will our church grow in the upcoming year?” . . .  “What new thing will emerge in your life? In our common life?” “Where is there tension or energy or even anxiety?”

We all wait, but perhaps our best waiting, our waiting worth cultivating during this season of Advent—is expectant waiting. Waiting on the edge of our seats to discern where and how God will be with us. This season especially–we anticipate and watch, and wait to see how the God of creation–the God of the cosmos–ventures to come to us and lead us to a new place. A place of activity, fulfillment, and peace just waiting to be born in our midst.”