Sunday Reflection, Fourth Sunday of Easter (May 11, 2014): A Tribute to Mothers 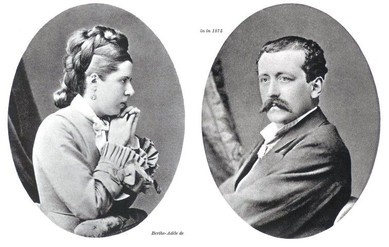 “I come from a family where I became who I am. The great majority of my opinions, of my likes and dislikes, of my values and appreciations, of my judgments, my behavior, my tastes, were molded by the family I came from.” — Teilhard de Chardin

This weekend is the Fourth Sunday of Easter.  The readings can be found here.  The themes involve teaching and guiding early Christians by Peter and the image of Christ as the Good Shepherd.

These themes are excellent as Sunday is also Mother’s Day in the United States, Canada and many other countries around the world.  Mother’s are the first and primary instructors of faith in many families around the world. They introduce children to faith but more importantly they are living examples of Christ in their teaching, healing and service to others.

My own Mother was and still is a huge role model to me. She was the first her family to go to college and she always emphasized the importance of education and continual learning. She was a professional woman in an era where there was still suspicion of how someone could be a “good mother” while having a career. She was always there for us when he had minor scrapes or needed cheering up.  She takes amazing care of my father who has had health issues. She is a tremendous grandmother who loves playing the role of spoiling the grandchildren. In her “retirement” she works extremely hard at a variety of community activities from serving on the Parish Council to visiting the elderly to helping out at the local food pantry.

Mom, you are an amazing woman and I thank you for being a great shepherd to me and the others you have encountered.

“a woman of exemplary piety to whom Pierre was later to confess that he owed ‘the best of myself’, to her, she instilled in him a devotion to the Sacred Heart, which was to be the radiating center of his own ardent spirituality. . . Berthe rose early; walked every day to Mass before dawn so that she might be at home to breakfast with the family; was indifferent to the conventions of society even when she conformed to them.”

An online biography of Pierre Teilhard de Chardin would state that

“[h]is sensitive nature was also nurtured by his mother’s steadfast piety. Teilhard’s reflections on his mother’s influence is striking, he writes:  ‘A spark had to fall upon me, to make the fire blaze out. And, without a doubt, it was through my mother that it came to me, sprung from the stream of Christian mysticism, to light up and kindle my childish soul. It was through that spark that `My universe,’ still but half-personalized, was to become amorised, and so achieve its full centration.’”

On this Mother’s Day weekend in the United States, here is a tribute to all of the mother’s around the world.

I am a father of two with eclectic interests in theology, philosophy and sports. I chose the pseudonym William Ockham in honor of his contributions to philosophy, specifically Occam's Razor, and its contributions to modern scientific theory. My blog (www.teilhard.com) explores Ignatian Spirituality and the intersection of faith, science and reason through the life and writings of Pierre Teilhard de Chardin (pictured above).
View all posts by William Ockham →
This entry was posted in Sunday Reflections and tagged 4th Sunday of Easter, Berthe Adele Teilhard de Chardin, Easter, Easter Season, Fourth Sunday of Easter, Mother's Day, Pierre Teilhard de Chardin, teilhard, teilhard de chardin. Bookmark the permalink.

3 Responses to Sunday Reflection, Fourth Sunday of Easter (May 11, 2014): A Tribute to Mothers