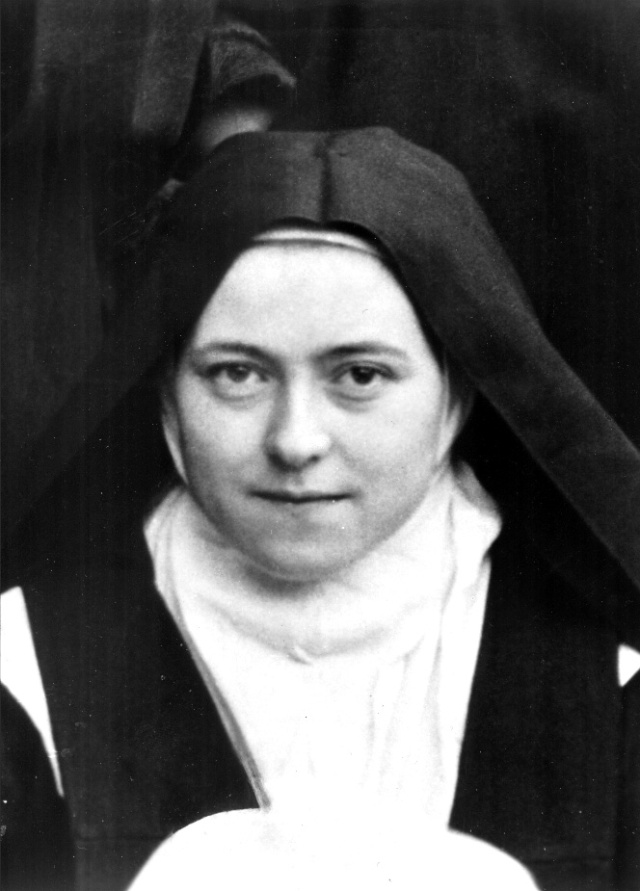 In honor of the Feast of St. Thérèse of Lisieux, Sr. Joan L. Roccasalvo, C.S.J. had a good article in the Catholic News Agency on the spirituality of St. Thérèse and its relationship to the vision of Teilhard de Chardin:

What could have prompted Pius XI in 1925 to canonize her and her “little way?  What could have prompted John Paul II in 1997 to declare her the thirty-third Doctor of the Church, the third woman, and the youngest woman of them all?  What was so remarkable, so cosmic about picking up pins and not flinching when water was splashed in her face by another nun? On October 1st, questions like these come to mind when the liturgical calendar registers the feast of St. Thérèse of Lisieux.

As a Carmelite, Thérèse grasped the Pauline verse that whatever you do,  ‘whether you eat or drink’ can be sanctified not only for God’s glory and praise but to build up the Church in the world (1 Cor 10:31).  Perhaps she heard of the sacrament of the present moment, so simply preached by her fellow Frenchman, Jean-Pierre Caussade, S.J. (d 1791).  Wasn’t she anticipating what Teilhard de Chardin, S.J. wrote The Divine Milieu?  All human activity is steadily and irrevocably moving from Christ, the Alpha, to Christ, the Omega.  Thérèse understood the importance of sanctifying everything in one’s day through one’s intentions.

I am a father of two with eclectic interests in theology, philosophy and sports. I chose the pseudonym William Ockham in honor of his contributions to philosophy, specifically Occam's Razor, and its contributions to modern scientific theory. My blog (www.teilhard.com) explores Ignatian Spirituality and the intersection of faith, science and reason through the life and writings of Pierre Teilhard de Chardin (pictured above).
View all posts by William Ockham →
This entry was posted in Ignatian Spirituality and tagged Christian mysticism, Divine Milieu, Joan L. Roccasalvo, Little Flower, mysticism, Noosphere, Omega Point, Pierre Teilhard de Chardin, Sr. Joan L. Roccasalvo, St. Thérèse, St. Thérèse of Lisieux, teilhard, teilhard de chardin, The Divine Milieu. Bookmark the permalink.